At Gameco Artisan Supplies, unless noted otherwise all of our steel bars and blanks are either waterjet cut or saw cut. Compared to the other methods available to cut steel into bars or blanks like laser, shear, or plasma; bandsaw and waterjet cutting gives us the most desirable results.

No heat affected zone – there is no heat created that could alter the state of the steel; annealed steel will stay annealed.

No burr – the waterjet cuts cleanly.

No stresses that can cause deformation of the steel – there are no stresses added to the bar of steel that can create bowing or twisting.

More expensive – waterjet cutting is relatively slow, and uses abrasive particles of the gemstone garnet suspended in a jet of water propelled at several times the speed of sound to do the cutting. The abrasive garnet is typically non-recoverable.

Kerf – a couple millimetres of material is lost to the width of the cutting jet.

Cheap – other than the periodic cost of changing blades there is little expenditure of resources with saw cutting steel.

No heat affected zone – little heat is introduced to the steel with saw cutting.

No burr – saw cuts are quite clean with little if any burr left.

Minimal stresses – saw cutting does not warp the steel and induces no internal stress.

Kerf – a few millimetres of steel is lost from the width of the saw cut.

Rare – facilities set up to make long straight saw cuts through sheets of martensitic steel are few and far between.

Cheap – there is little or no expenditure of materials to perform the cutting.

Little or no kerf – almost no material is lost in a cutting kerf.

Burr – although there is essentially no kerf, the cut edge may be at an angle and may leave a sharp burr, that either needs to be ground off at additional time and expense, or leaves the steel hazardous to handle.

Stress – martensitic steel is much stronger than low carbon steel and non-ferrous metals that are more suitable to shear cutting, meaning the shear blade used will be at an angle to reduce the surface area being pushed through the steel. This has a tendency to induce bowing or a propeller twist in the steel, which can be difficult to correct and may only surface during long term storage or heat treatment once a blade has already been shaped.

Fast – making over 10 metres of cut per minute.

Burr/spalling – molten steel can form sharp burs or projections on the exit side of the cut.

Heat affected zone – there is an area along the cut which has been heated well past the austenitising temperature of the steel which will have been decarburised and depending on the grade of steel can be hardened. Steels high in manganese and/or chromium have a quench speed slow enough to fully harden in still air.

Kerf – a few millimetres of steel is lost from the width of the plasma cut.

Warping – the heat of the cut can induce warping and internal stresses in the steel, especially with one side of the bar being superheated while the other is cold.

Precision – complex shapes and precise parts can be cut to very fine tolerances.

Minimal kerf – the material removed in a laser cut can be less than a millimetre.

No burr – laser cutting requires little or no clean up of parts. A Guide to Making a Kydex Sheath

Hi guys, we thought we would do a small introduction to Kydex. I... read more 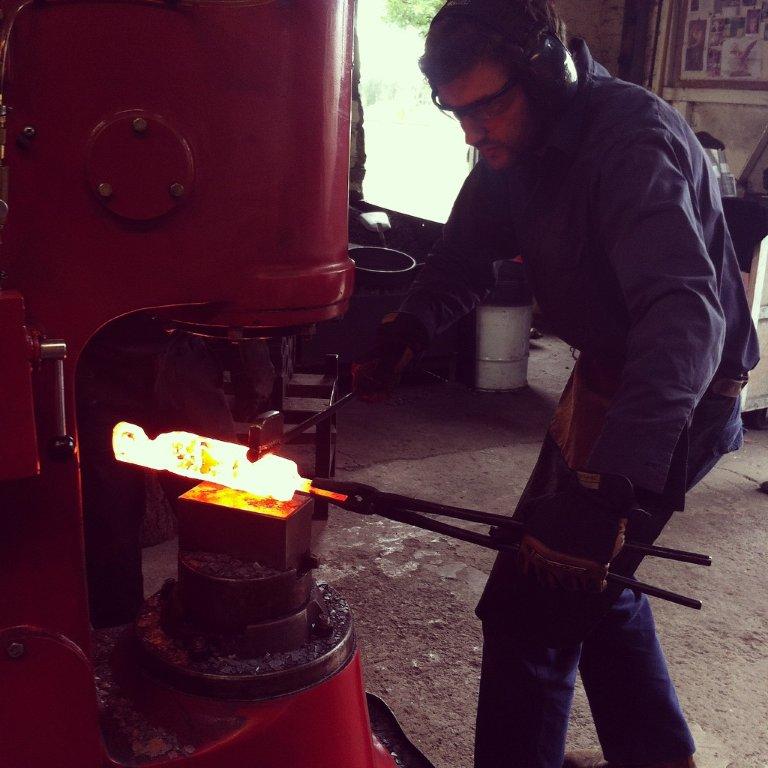 Blacksmithing is often called a dieing art. Is it though? Are... read more

The BEST BEGINNER Knife-making Steels? Attention those starting out in knife-making. Ever wanted... read more Your Guide to Knife Templates

Knifemaking is a tradition that dates back to the beginning of... read more

Hi, my name is Dave. I am a passionate knifemaker working for... read more 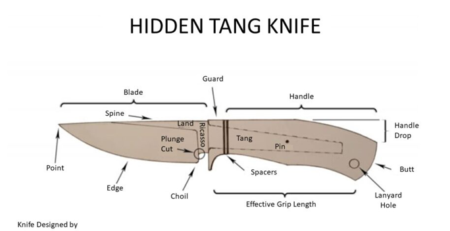 Knifemaking is a tradition that dates back to the beginning of... read more Steel guide for Knifemakers and Blacksmiths My First Knife By Tempany Halbert

We’d been planning this for months. We already knew the type... read more

The BEST Instructables for Knifemakers

If you haven't heard from Instructables yet, then it is definitely... read more